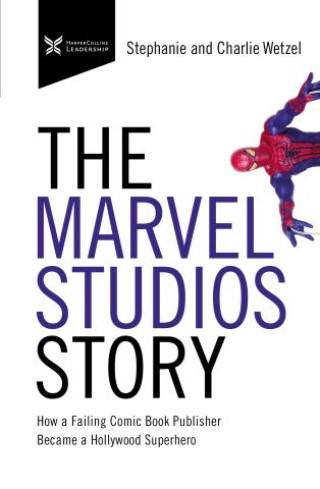 How a Failing Comic Book Publisher Became a Hollywood Superhero

What can you learn from the world’s most successful companies? The Marvel Studios Story will help you understand and adopt the competitive strategies, workplace culture, and daily business practices that enabled a struggling comic book publisher to parlay the power of myth and storytelling to become one of history’s most successful movie studios.

Marvel characters have been shaping pop culture for decades and when comic books were no longer keeping the company afloat, Marvel Studios was born.

Marvel Studios is the multibillion-dollar home to iconic franchises. They are known for creating brilliant multilayered worlds and storylines that allow their audiences to escape into a fantasy and inspire the creative side of every viewer. But, behind those visionaries is a well-oiled storytelling machine dedicated to getting the Hulk’s smash fists in the hands of every child and a sea of Spiderman costumes deployed every Halloween.

This book educates readers on how one of the largest creative companies in the planetary universe runs their business and keeps their fans and their parent company, Disney, counting the profits. Through the story of Marvel Studios, you’ll learn:

Charlie Wetzel graduated from the University of New Orleans with a BA and an MA in English, despite growing up as a nonreader. He worked as a chef, teacher, college dean, and car salesman before becoming a full-time writer in his mid-thirties. He has written more than one hundred books, most with leadership expert John C. Maxwell, including six New York Times bestsellers.

Stephanie Wetzel has been her husband Charlie’s primary editor for as long as they’ve been married, including for every book Charlie has written with author John C. Maxwell. A writer in her own right, she blogged for a decade—back when blogging was still cool. She now partners in writing with Charlie and works with other authors. Stephanie loves being wife to Charlie and mom to three young adults. She forces herself to run with Charlie, but she actually enjoys reading, learning, traveling, and eating former chef Charlie’s cooking. Stephanie grew up obsessed with horses and competed as a teenager at extremely low levels in local shows. No longer a regular rider, she still occasionally gets a tear in her eye at the sight of a horse.