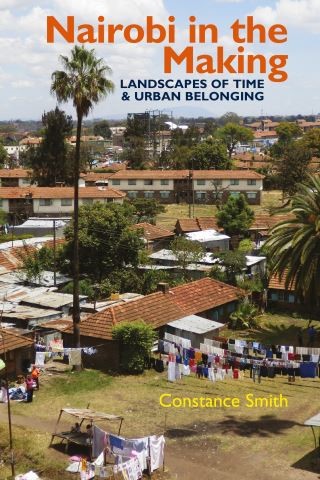 Nairobi in the Making

Landscapes of Time and Urban Belonging

What does it mean to make a life in an African city today? How do ordinary Africans, surrounded by collapsing urban infrastructures and amid fantastical promises of hypermodern, globalised futures, try to ensure a place for themselves in the city's future? Exploring the relationship between the remains of empire and the global city, and themes of urban belonging and exclusion, housing and security, Constance Smith examines the making and remaking of one of Africa's most fragmented, vibrant cities Nairobi is on the cusp of radical urban change. As in other capital cities across Africa, the Kenyan government has launched "Vision 2030", an urban megaproject that envisions the capital as a "world class metropolis", a spectacular new node in a network of global cities. Yet as a city born of British colonialism, Nairobians also live amongst the dilapidated vestiges of imperial urban planning; spaces designed to regulate urban subjects. Based on extensive ethnographic research in a dilapidated, colonial-era public housing project built as a model urban neighbourhood but which is now slated for demolition, Smith explores how projects of self-making and city-making are entwined. She traces how it is through residents' everyday lives - in the mundane, incremental work of home maintenance, in the accumulation of stories about the past, in ordinary people's aspirations for the future - that urban landscapes are formed, imaginatively, materially and unpredictably, across time. Nairobi emerges as a place of pathways and plans, obstructions and aspirations, residues and endurances, that inflect the way that ordinary people produce the city, generating practices of historymaking, ideas about urban belonging and attempts to refashion "Vision 2030" into a future more meaningful and inclusive to ordinary city dwellers. Constance Smith is UKRI Future Leaders Fellow in Social Anthropology, University of Manchester. Published in association with the British Institute in Eastern Africa.