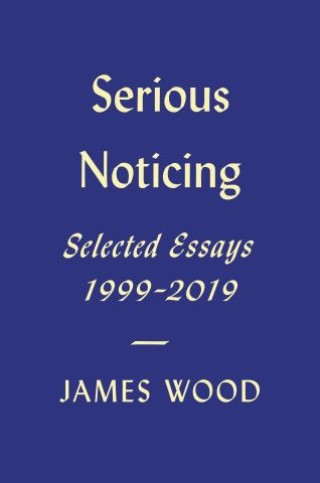 Ever since the publication of his first essay collection, The Broken Estate, in 1999, James Wood has been widely regarded as a leading literary critic of the English-speaking world. His essays on canonical writers (Gustav Flaubert, Herman Melville), recent legends (Don DeLillo, Marilynne Robinson) and significant contemporaries (Zadie Smith, Elena Ferrante) have established a standard for informed and incisive appreciation, composed in a distinctive literary style all their own.

Together, Wood’s essays, and his bestselling How Fiction Works, share an abiding preoccupation with how fiction tells its own truths, and with the vocation of the writer in a world haunted by the absence of God. In Serious Noticing, Wood collects his best essays from two decades of his career, supplementing earlier work with autobiographical reflections from his book The Nearest Thing to Life and recent essays from The New Yorker on young writers of extraordinary promise. The result is an essential guide to literature in the new millennium.

James Wood: James Wood is a book critic at The New Yorker and the recipient of a National Magazine Award in criticism. He is the author of several previous essay collections, the novel The Book Against God, and the study How Fiction Works. He is a professor of the practice of literary criticism at Harvard University.