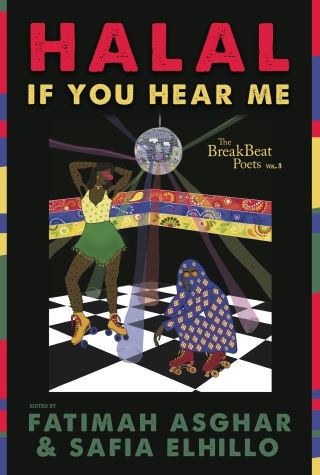 Halal If You Hear Me

We live in an Islamophobic world, where Muslim people are constantly under attack, and must prove their innocence when they’ve not even committed a crime. We also live in a world of rigid gender roles and gender violence, where women, gender non-conforming and trans people are victims of violence, and have their gender expressions, freedoms, and desires policed. There’s pressure from both Muslims and non-Muslims to fit into severe stereotypes of Muslim identity and the ways in which it is acceptable to be Muslim.
The BreakBeat Poets Vol. 3: Halal If You Hear Me is a celebration of intersectional identity that dispels the notion that there is one correct way to be a Muslim, particularly for women, gender non-conforming, and trans people. In holding space for multiple intersecting identities, the anthology celebrates and protects those identities.