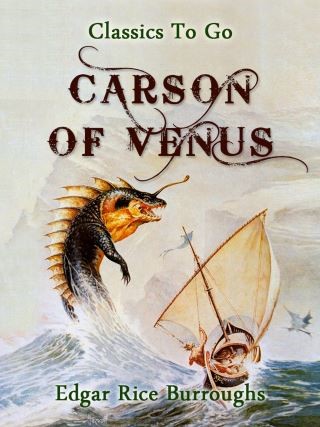 The novel, which was written two years before the outbreak of World War II, satirises Nazi Germany by including a fascist political faction called the "Zani". There is also a character named "Muso" as a reference to Benito Mussolini. Unlike the first two Venus novels, Carson of Venus focuses on spy intrigue and war instead of wilderness adventuring. It also indicates a change of political orientation from that of the earlier books, where the villains were modelled on Russian Communists. (Wikipedia)